Introduction of the Campaign Committee 2018 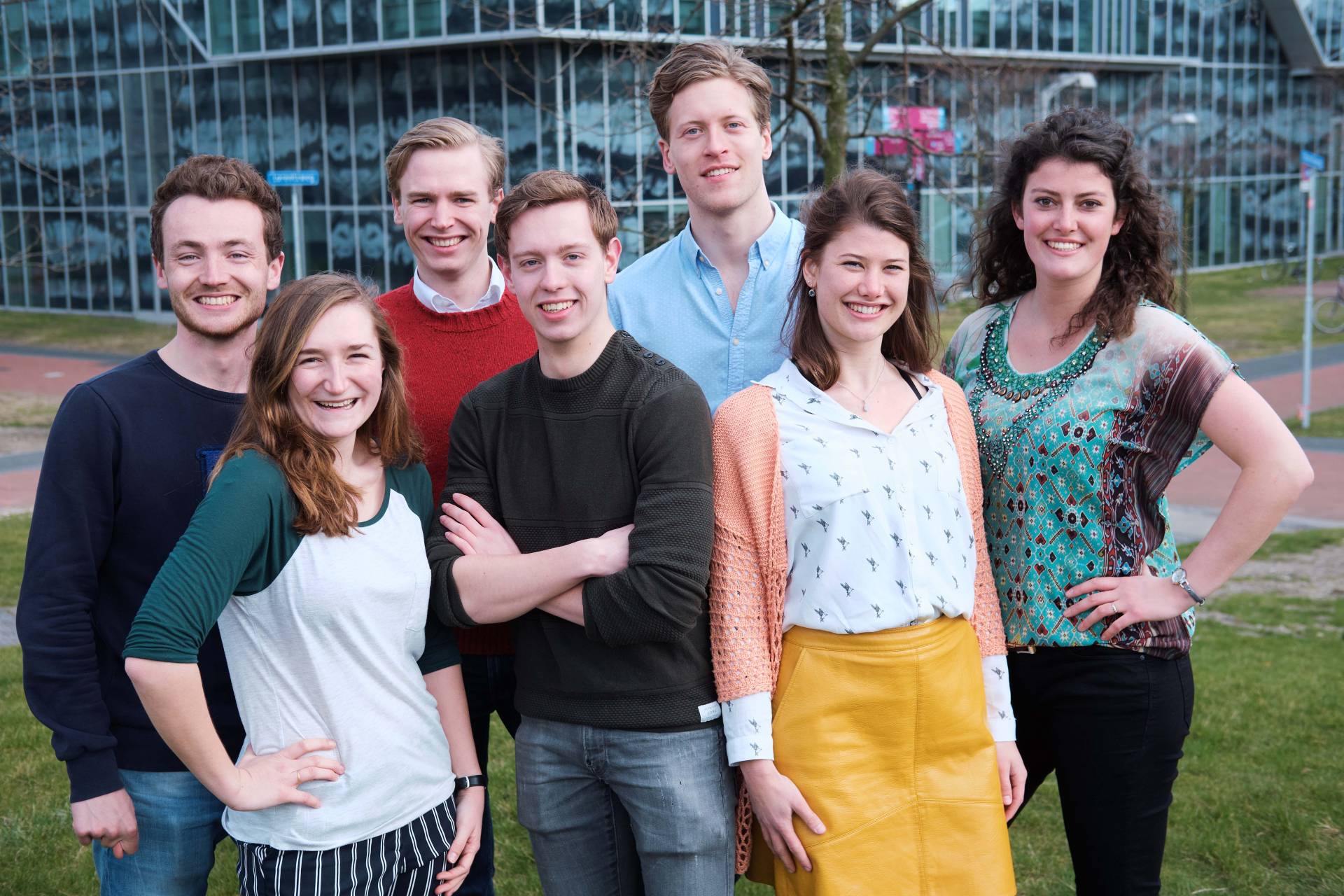 The elections for the Student Council will be at May 23 & 24! That’s why the Campaign Committee is busy preparing for the campaign. Are you curious who these students are? Below they introduce each other to you!

Our number 1 this year is  Charlotte!This continually enthusiastic girl, is in her 3rd year of Clinical Technology. On the weekends she loves to be on the water in a sailing boat. While during the weekdays she loves to have a drink at DSC. But still she is never late in the morning. The main reason for this is her reliable ‘real time’ alarm: chickens in her backyard.

Number 2 on the list is Jip, an active student you can meet across Delft. During the day you will find him at the faculty of Industrial Design, where he works with pleasure on his drawings. After that he will drive through the city to swap some bikes and then proceeds to Virgiel. You will see this energetic, after his watch is put forward for half an hour, a lot in his new favorite colors, green & yellow of course!

Third on the list is the 21-year-old third-year technical mathematics and physics student, Anne-Kee Doing. This sportive woman likes being on the water in a rowing- or sailboat. She is besides sporty also actively involved in committee work at her rowing club Proteus Eretes. Besides this she trains students for their final exams and ensures, with her natural overview and structure, that they can also study next year. This active and incredibly sweet committee member is totally ready for the campaign!

The number 4 on our list Louis has had a busy year. He combined his study Electrical Engineering and membership of CSR with a spot in the VeRa! Besides the hard work in Delft he likes to keep his summer free to spend time with his dad mountain biking in the mountains of Austria and Italy. The contagious smile of the number four on the list cannot be misted during the campaign!

Our number 5 is Mart. His puns are always on point! As Brabander and member of the student union DSB Mart loves to do some drinks or go wild at a party. Mart can often be found in the very south of the campus, because Mart studies Aerospace Engineering. Last year Mart fabulously organised the OWee for DSB, this year Mart wants to be there for YOU with ORAS!

This year the one and only Caspar Boersma will be the number 6 in the elections for ORAS! This tall giant is currently in his third year of Mechanical Engineering. Furthermore he is always in for a small drink with all his friends, especially at DSC. The fact that he is an all-rounder is apparent from the fact that he spoke French fluently already when he was young, and that he prepares high school students for their final exams in Economics. Moreover Caspar has a heart of gold, and loves animals. He had a canary for a long time, but he unfortunately did not survive the dishwasher. Finally, Caspar also finds time to excel in hockey, and once threw a dart with the point in the tail of another dart. This active bloke is therefore completely in shape for the campaign!

Last bot not least: meet Femke. This lovely, spontaneous gal from the middle of the country doesn’t only knock it out of the park on the hockey field every Sunday, but can also very regularly be found in the rooms of her student association Virgiel. Moreover, Femke loves to entertain her roommates with her very own impression of ‘Halo’ while showering. From propaedeutic Industrial Design to bachelor Mechanical Engineering, our Femke is a Jack-of-all-trades!