Introduction of the Campaign Committee 2017 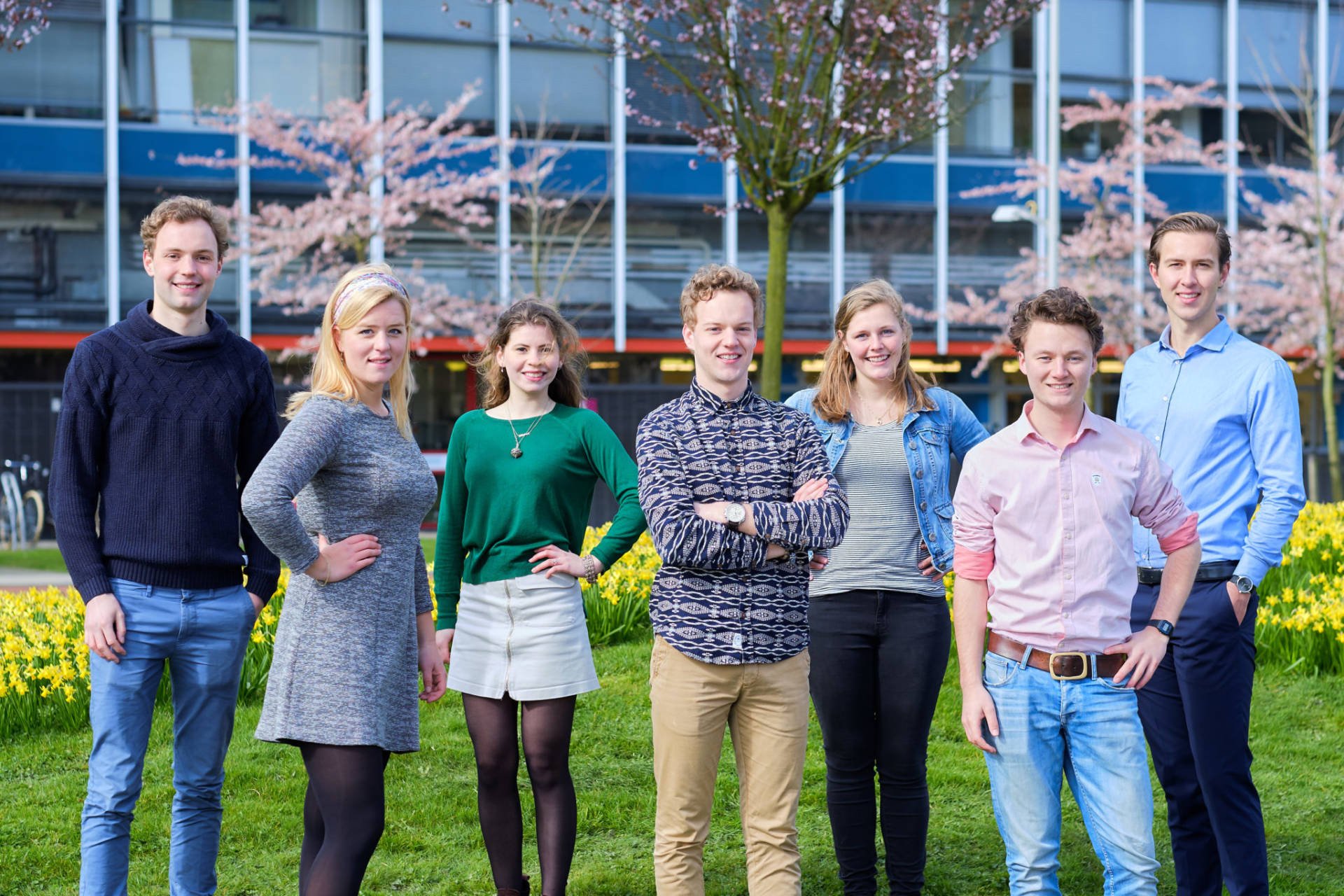 The elections for the Student Council will almost start. That’s why the Campaign Committee is preparing for the campaign. Are you curious who these students are? You can read more about them in this article.

Starting of course with our enthusiastic number one, Marijke Blom! This extremely motivated member of the student society Virgiel is 21 years old and has been studying Architecture for three years now.  Past year she did an important committee at Virgiel where she managed the dining and party facilities of the society . Next to these activities, she teaches children at the TU Delft Science Center and she  is also the captain of her hockey team. Every Sunday you can find her, filled with energy, on the hockey field, coaching and leading her team to victory. She, most of all, cannot wait until the campaign begins!

Our first man on the list is Benjamin Schoemaker. He is 22 years old and busy studying a master track Spaceflight at Aerospace Engineering. During the day, he is organising career events at his study association and in the evenings he spends his time at student society ‘Sint Jansbrug’ where he organised an amazing anniversary last year. In March he also organized the annual ORAS Symposium. Benjamin is a busy bee, because next to these activities he likes photography, learns a new language every once in a while and loves to surf every summer in Portugal. He is an inexhaustible source of enthusiasm who is really looking forward to the campaign.

The third one on the list is Yannick Hoff, 23 years old and a fourth-year student. Due to his passion for sailing this ever-smiling guy is perfectly suited for Maritime Engineering. Next to racing on the water he likes racing through the snow; skiing means the world to him! Yannick likes to spend his time at student society DSC, but drinking beer is not the only thing he does there. He also plays the bass and the guitar in his band Pipacs which performs authentic Hungarian gipsy music which the Hungarians themselves would be proud to match. Because of his Indonesian roots Yannick doesn’t back off from a couple shoots of sambal oelek mixed through his rice bowl. That’s why he’s planning to run this ORAS campaign with fiery enthusiasm!

Fieke Noordam, our 4th candidate, is a person of all trades. As a truly motivated architecture student in her third year. This clever blonde woman has a fresh perspective on the student life in Delft. She is a flourishing talent at Proteus with her 8 headed rowing team while being just 20 years old! Besides her passion of rowing through the Schie, she loves to broaden her horizon elsewhere. She, for example, volunteered to work abroad for a greater good. She is a kind-hearted person and loves to be among others. With her great sense of empathy and her supportive group spirit she is a true catch for our ORAS campaign!

Number five is Daan Gorsse, a man of the world! Daan enjoys traveling and culture. During his minor, Daan has researched and promoted greenhouses in Suriname. He has frequently been on Suriname television and radio, he even gets recognized on the streets in Suriname. He organizes tours in cathedrals  in the whole of Europe, he works on the boat tour through Delft, managed the students foundation Students4Sustainability and did several committees at C.S.R. and YES!Delft Students. This active man is totally ready for the campaign!

Our number six on the list is the one and only Carel Wagenaar. He is studying Applied Mathematics and previous year he gained new life insights during his minor in Canada. Carel is an active member of the student society Virgiel, but he is also involved in other activities of the Delft student world. For example, he took part of committees at YES!Delft Students and he plays hockey on a regular basis.When he was young, he often ate fries with mayonnaise and apple sauce and all of that mixed together, but this fact is according to Carel a little bit too strange to reveal in a personal introduction.

Last but not least, we have our number 7 on the list, Marie Sam Rutten. She is always enthousiastic and, like a true TPM-student, always up for a talk. If you can’t find her on TPM, she can often be found at the student society DSC with a beer in her hand. She did a lot of things besides studying in the past three years: she has been busy with committees at YES!Delft, DSC, Curius and ORAS. And when she wasn’t in Delft, she was often near the lakes at Vinkeveen to teach children how to sail. She is totally ready to shine during the campaign!